Kaiden Pack receives Top Play of the Week on HUDL 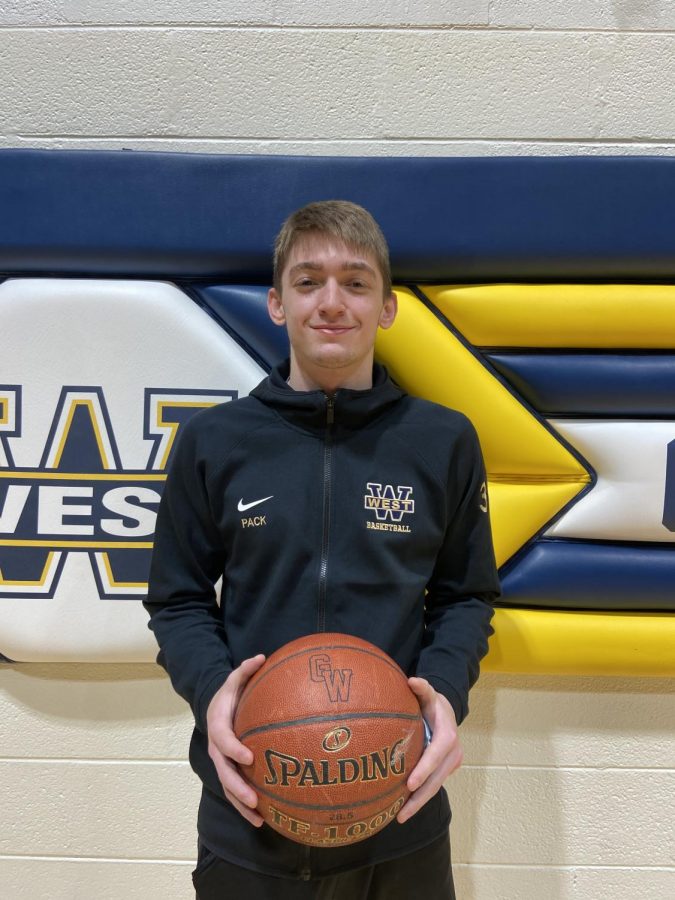 CavTalk is starting a new series called “Sports Spotlight” which will feature an athlete of the week from an active sport when we see that someone is deserving of it. This person may make an achievement in their sport, the person may have played a big part in the game, there are many reasons and ways this person can make athlete of the week. Starting off our new series is Kaiden Pack. Along with other sports like football, Kaiden is point guard on the Greenbrier West boys basketball team.

There is a website called HUDL, that is exclusive to athletes. Using boys basketball as an example, they can watch their own game, other high schools games, highlights, etc. HUDL also includes a Top 5 Plays of the Week series and this week our own Kaiden Pack made the #1 play of the week. We asked him, “How do you feel about getting top play of the week on HUDL?” Kaiden responded, “It was definitely an honor but I couldn’t have done it without my team.”

Kaiden’s play that scored him the #1 spot on top plays of the week was from the home game against Tug Valley on Friday, March 5th. Our Cavaliers put up a good game that came to a close tie but ended in a sad lost, 75-77. We asked Kaiden, “Do you think the game was fair?” Being the good sport he is, told us, “Yes, I feel it was a hard fought battle. You’re never gonna get all the calls you want but that’s just basketball.” I think anyone who watched the game or watches sports in general, can say that is true. It was hard to see our Cavaliers lose after seeing how hard they worked the whole game. Knowing this, we asked him, “How do you feel about the last quarter and what would you do differently?” He answered, “The last quarter is aggravating to think about because we should’ve never been down. I would change the very last possession and play better defense but other than that even though we lost we did a lot of great things.”