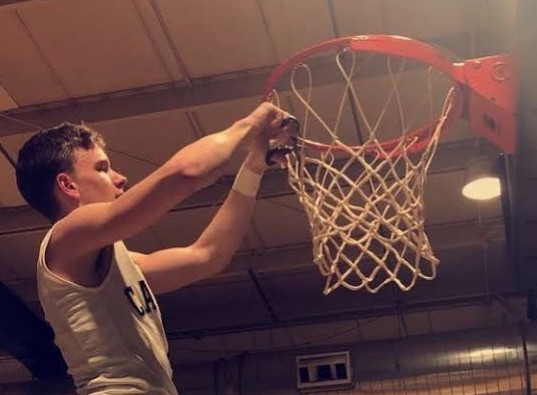 On Thursday, March 9th, the doors opened for a much anticipated game. The bleachers were filled an hour before tipoff, people sitting shoulder to shoulder waiting to watch the Cavaliers take on Charleston Catholic Irish. As tickets sold out, and the time for tip off came, the crowd went wild.  The Cavaliers won the tip and scored coming out of the gate, but All-State Guard Robbie Williams would answer every shot through the first half. Cavaliers were down by one at the break, after a back and forth first half. The Cavaliers came out with an explosive start in the third and took the lead quick. They never looked back.  The Cavaliers were ahead by six with under a minute left, causing the Irish to have to foul. Noah Midkiff converted several free throws in crunch time to help give the Cavaliers a 60-53 win over the Irish, and their first state tournament appearance since 1992. Collin O’Dell had 21 points and 10 rebounds. Twin brother Riley O’Dell had 15 points and 7 rebounds. Noah Midkiff finished 12 points and 7 rebounds as well.