On April 20th students from both the Greenbrier West Young Democrats club and the Greater Greenbrier Valley March For Our Lives stood outside the old Tastee Freez from 6:45 to 7:45 and held a peaceful protest based on the March for Our Lives movement. We stood out with many signs and a few adults and parents who were there for support. A few signs stated things like “Am I next?” and “Enough is Enough” and my personal favorite, “When I said I’d rather die than go to math class, I was joking!”

The protest was picked on this day as a remembrance of the anniversary of the Columbine shooting that happened on April 20th 19 years ago. The shooting happened at 11:19 so our Young Democrats group also decided to have a moment of silence for the 13 victims that died that day. We had a few signs with the names of the victims and one that said “Remembering Columbine.”

Just so everyone knows, no, we’re not trying to take your guns. We are pushing for gun reform, not a gun ban. For some reason when people see these protests they immediately assume we are trying to take their guns. If you are truly a responsible gun owner, you shouldn’t be worrying about any of this because it does not affect you whatsoever. Everyone I spoke to at the protest had nearly the same opinion, no more bump stocks, more regulations on high capacity magazines, and more regulations on guns in general. NOT A BAN. So please, don’t assume things and start to spread blatantly ignorant rumors. Talk to one of us first, debate us.

Keep in mind, what we did was a PEACEFUL protest. We did nothing to hurt anyone or anything, we weren’t shoving our opinions down anyones throats. However, as soon as we entered the school after our protest, we were met with immediate verbal attacking. Within the first 15 minutes of being in school I had personally experienced 7 verbal attacks from individuals and groups. These attacks come from the same people who say cutting down on bullying and harassment will stop school shootings. That is quite frankly, blatant hypocrisy.

Even though my friends and I experienced verbal harassment the entire school day in nearly every period, I do not regret doing it. Because in the end, whether you agree with us or not, we started a conversation and that’s what we needed to do. 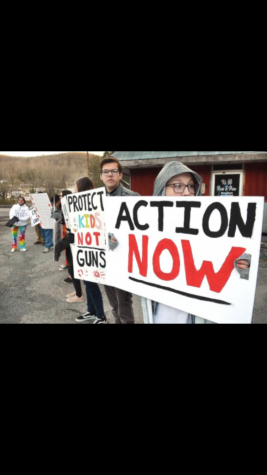 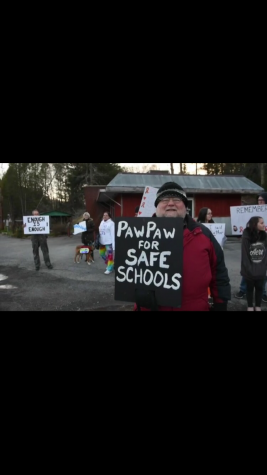